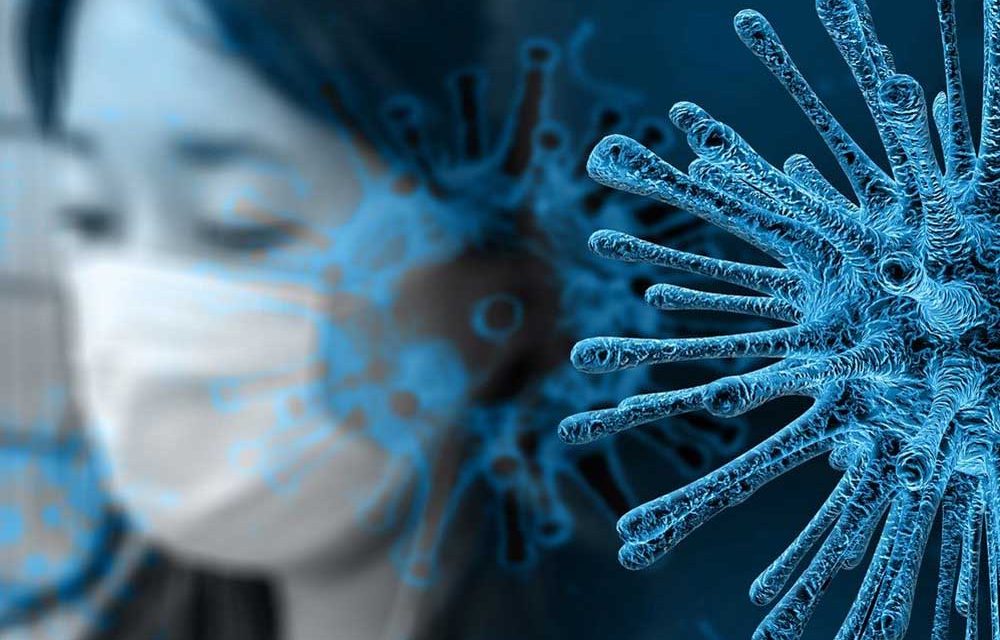 The Shadow of a Black Swan in China
Recently the outbreak of a new Corona-virus epidemic, now dubbed Covid-19, has attracted broad media attention. This unlikely but real event is a great human tragedy for thousands and a small human tragedy for millions. It can also teach us a lesson or two on how power relations are reversed and information is processed.

I have a dream
It was only two weeks ago that I was awakened from my usual convenient slumber of satisfaction on how our world is working. Until then I had been following primarily Dutch and British sources on the outbreak and evolution of a new viral epidemic, similar to yet different from SARS. We now know it as Covid-19. I knew or should have known that Chinese facts and figures in public reports rarely deserve that name and represent as much political as they do analytical truths, but I had conveniently been inhaling the stats regarding the size of the epidemic and the widespread praise for the adequacy of the Chinese government’s response. The World Health Organization stood in awe and was confident that only China was capable of such powerful and decisive action. Real-time recordings behind web-links showed how clean new hospitals were built at unprecedented speed. News bulletins reported that brave soldiers, policemen and doctors did their job and organized the influx and separation of infected victims in ways that minimized pain and contagion. Pride of nation seemed stronger than ever before, with all Chinese standing unified and side-by-side overcoming this crisis with courage and solidarity. Photos shared on LinkedIn showed the beauty of downtown Shanghai emptied of its people who were staying safely in quarantine at home to sit out the crisis while showing full awareness of their moral and civic responsibilities. The posts were massively liked by proud Chinese and envious foreigners. This was the image of a rising world power facing up to and handling the most difficult of jobs.

I have a nightmare
Then came several Chinese friends, acquaintances and students, admittedly the more conscious and rebellious types among them. They pointed me to impressive YouTube videos, unsettling reports on Twitter and soon after deleted posts on WeChat and Weibo. The former were compiled by overseas Chinese based on input sent from the mainland. The latter were secretly posted by locals close to the fire and had clearly been recorded at their own peril. I witnessed a different world. I heard screams of anger and despair from inhabitants inside skyscrapers in Wuhan locked up in their own buildings. There were numerous short videos of fires inside apartments or further away somewhere outside of town; their locations were unclear, so all I could do is wonder what they meant. I saw images of hateful individuals purposively spreading their contaminated saliva on doorposts and groceries on display in the supermarket. They seemed eager to transfer the harm they had incurred to other innocent future victims. I listened to speeches from Guo Wengui, a rather peculiar businessman now living in the USA but with experience high in CCP circles in an earlier life. He told many big stories and revelatory secrets of national and local party chiefs viciously hiding or corrupting information. He asserted that the crisis was systematically much worse than the official figures indicated and swore the onslaught of the crisis would undoubtedly topple the regime. There were literally dozens of videos showing how military and police officials committed atrocities against civilians they suspected of being infected, for not wearing the compulsory face masks, for some difficult to identify reason, or for no apparent reason at all. There were short videos of female farmers sobbing over their beautiful produce rotting away and lying to waste, as bans and road blocks did not allow them to sell it. Meanwhile urban residents in Wuhan were struggling with rising food prices or craving for basic nourishment. And there were undercover videos made inside hospitals which belied the public image of them being well organized, clean and respecting sufficient distance between patients to prevent further infections from occurring. Some reactions vilified those who posted such privy images for defiling China’s reputation based on incidental observations, other primarily American reactions denounced the shown practices as a modern edition of Nazism. Most reactions, however, simply evidenced shock. Hospitals appeared not to heal people, but instead became hotbeds for medical experimentation and porches of death. This was the image of a nation in disarray with a new cultural revolution hiding just around the corner.

I have a confused REM sleep
The gulf between the public show of valiance and the private caverns of misery imbued me with the sensation of experiencing a personal paradigm shift. Was this crisis something much vaster than anybody in Europe could imagine? Would we be living in a different world a few months from now? Or had my mind just been captured by conspiracy theories as some of my Dutch friends believed when they first heard me raise the issue? Had China succumbed to an updated version of the Spanish flu in a devilish combination with a widespread and organized witch-hunt against the infected? Or were these just incidental images taken here and there in the worst affected parts of Hubei while the rest of the nation was in fine shape with a large majority people patiently waiting in their homes for health and peace to return while enjoying the benign protection of responsible neighborhood guards?
As a China scholar, I have been to China a great many times and seen various corners of the country. I almost deal more with Chinese than with Dutch, even when I am in the Netherlands. But I still feel that I am not in a position clearly to tell what is going on. All stories and images seem to contain powerful messages, which ones are real and which ones are fake? Black swans are hard to make sense of, and China can at times be utterly incomprehensible. The combination of the two defies any human understanding. But even though I continue to plead ignorance, the event did teach me two lessons I would like to share here.

I try to make sense on a cloudy morning
The first lesson is that relations of power can be completely overturned when a severe epidemic appears, certainly in China. It must have been obvious to anyone reading the newspaper that in recent years public surveillance and media censorship have been gradually stepped up in China. But the speed at which this trend has accelerated during the Covid-19 outbreak astonishes even the keenest observers. These changes have had an enormous impact on the position of various societal groups. The shadow of the black swan has minimized the influence of indigent rural farmers and insecure urban migrants (whose position was never very strong to begin with). It has also put the financial position of many small and medium-sized enterprises at risk which suffer great accumulated losses for not being able to operate and sell. It has also gravely affected the fate of prosperous urban professionals whose self-confidence has vanished in the face of new powers that be. In came neighborhood officials authorized to grant the permission needed to leave apartment complexes to purchase food outside in the local supermarket. On the scene appeared marching officers and soldiers made responsible for public order and security. Doctors and nurses, on the other hand, play the part of tragic heroes: they save and cure many, but often at the expense of their own lives. Time will tell to what extent this political transformation and rather worrisome militarization is incidental or structural. For the time being, basic socio-political reflexes remind us of uncanny periods in the history of the People’s Republic.

The second lesson to draw is that in the absence of a free press and critical curious reporters, it is not just Chinese media and Chinese figures that should be taken with a grain of salt. It has astounded me how both international organizations and media in the ‘Free West’ have carbon-copied data and insights from official Chinese sources. I have been dismayed to see how certain stories that deserved serious consideration, such as the role a P4 Lab near Wuhan played in the production of viruses and which even published articles in leading international journals on man-made viruses in recent years, has been conveniently and repeatedly swept aside as just another silly piece of fake news that only a fool would believe. Many Western politicians, reporters and scientists are eager to dismiss an examination of this issue as scientifically unnecessary and socially irresponsible; it would only worry people and create chaos. The fact that perfectly qualified American experts are refused access to China and that more docile WHO representatives are allowed to enter China but refused entry to Hubei province not in the least objectionable. If the part played by this annoying lab is indeed so obviously fake news and the truth is found at the fish market where illegal animals were sold, why not offer open access to the sites to show for all to see? Which master is being served here? I find the selective attention of Western media to injustice in Xinjiang and the disappearance of journalists credible and understandable, but also profoundly biased and incomplete. Is human injustice only relevant when religious minorities or public figures are involved? The nihilism of treating all signals other than the official rendition of history off-hand as fake news plays into the hands of authoritarianism. It belies the wish for an open society where each hypothesis, however crazy it may seem at first sight, is worthy of examination. How else can we identify black swans when they emerge? If our media, Chinese, Western or otherwise, does not do its job of presenting us an open society where a variety of perspectives is open to scrutiny, if governments are reluctant to allow us a peek into the caverns where suffering takes place, then we ourselves must have the courage to look into the improbable. We ourselves should actively consult all possible sources to approximate reality or truth. Even if reality or truth is actually a state of confusion. The casualties and common people of China deserve our support and inquiry, especially in times when the massive shadow of a black swan looms over them. 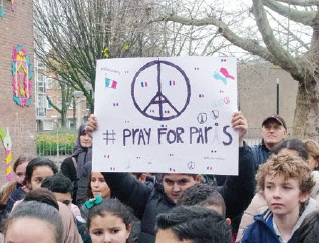 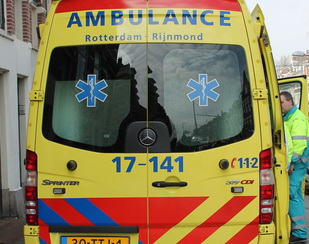 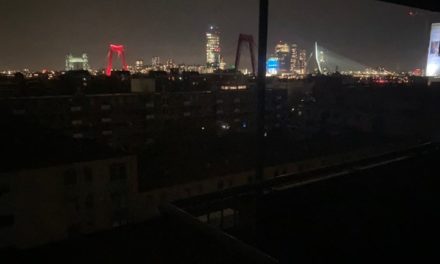 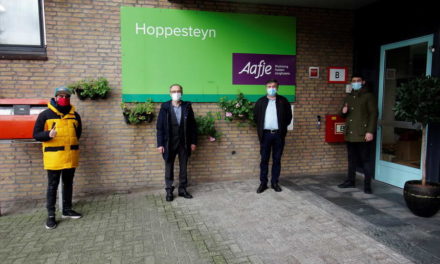 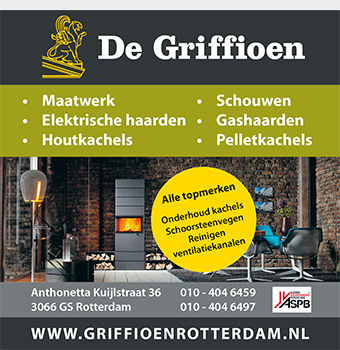 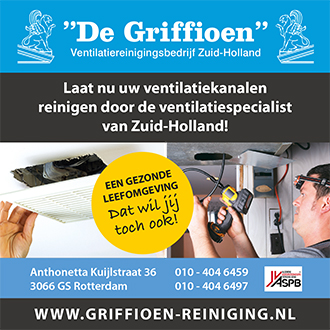